I suppose there is a silent recognition here that “90% of what we produced after the Silicon-Graphics T-1000 combat scenes was total garbage, so we will come back and do that again and again (and again) ( and again). “I don’t oppose exactly the same, some of those fights between Terminator and Terminator seem pretty decent, but it’s a bit repetitive.”

I also think they got too much of a gift: I follow the franchise quite closely and I didn’t know that Mackenzie Davis’s character was, er, different. That final water scene seems to show an old fanatic favorite showdown with the new CGI soft creature, so I guess that sets the sequence of the “final sacrifice”, or the battle of the next to the final, giving the good guys A few minutes to ready themselves. Even these are a bit derived from T4-cyborg-protagonist and T5-horrible-Arnie-’death, but (except for their non-novelty) they may be better made in this movie.

I guess the “no news” line covers a lot of my feelings here. I am as fanatic of the expensive elegant looking CGI as anyone else, but, at some point, it is necessary to tell a new story. Witness Predator III (Predators), which, although not stellar on its own merits, spun the story from a different angle than we-the-humans-are-the-murderers, we-the-humans-can-become like the aliens. Or Terminator V (really not good), which at least addresses the idea of ​​too temporary manipulation, the deadlines are all screwed up now, we have attracted attention from the outside.

Maybe that is the type of new investment we need. Where a human decides to betray his race and join the machines. Where the future possibly * looks * “better” according to the machine rule. Where the agenda of the machine is not so black and white. Sarah Connor’s chronicles seemed to imply something like this: John Connor had joined the machines, or a splintered machine faction had bent over to serve him instead of the main threat, or there was a non-obvious third threat that required him not to fight Among us, I would appreciate more of that material, as long as I didn’t wear a face of Helena Bonham Carter.

(** Supplementary bonus observation: one of the main pillars of T2’s success was Robert Patrick’s very disturbing description of the construction: either he or his visual directors said “try to emulate a praying mantis” and, well, the end result is very, very inhuman. I haven’t seen anything like that in the last installments. Without that alien quality, everything becomes Superhuman X-Men. Yawn.)

At this point, if I had to bet, I would say yes.

Nothing I have seen in the advances that have been launched has convinced me that Dark Fate will be more attractive than T: Salvation and T: Genisys.

The idea of ​​a cyborg murderer and a cyborg defender returning through time to kill / save the life of a target today was well done in T1 and T2. T3 was really a “remake” of T2 with a different type of Terminator and without Sarah Connor, and the last two attempts to bring the franchise to life were horrible.

From what I have seen, it is the same story that has already been given to us, only that some of the characters were reorganized a bit.

Objective in the present – Check!

Advanced terminator, more powerful than ANYTHING we’ve seen before. Check!

Mysterious protector, we are not sure if we should trust completely. Check!

God, even setting the stage in Alaska or Antarctica would give us at least some attempt to make this a “new” movie.

So, although I hope to be wrong, I have a strong suspicion that Dark Fate is going to be crap!

What is the song from the Terminator Dark Fate trailer? 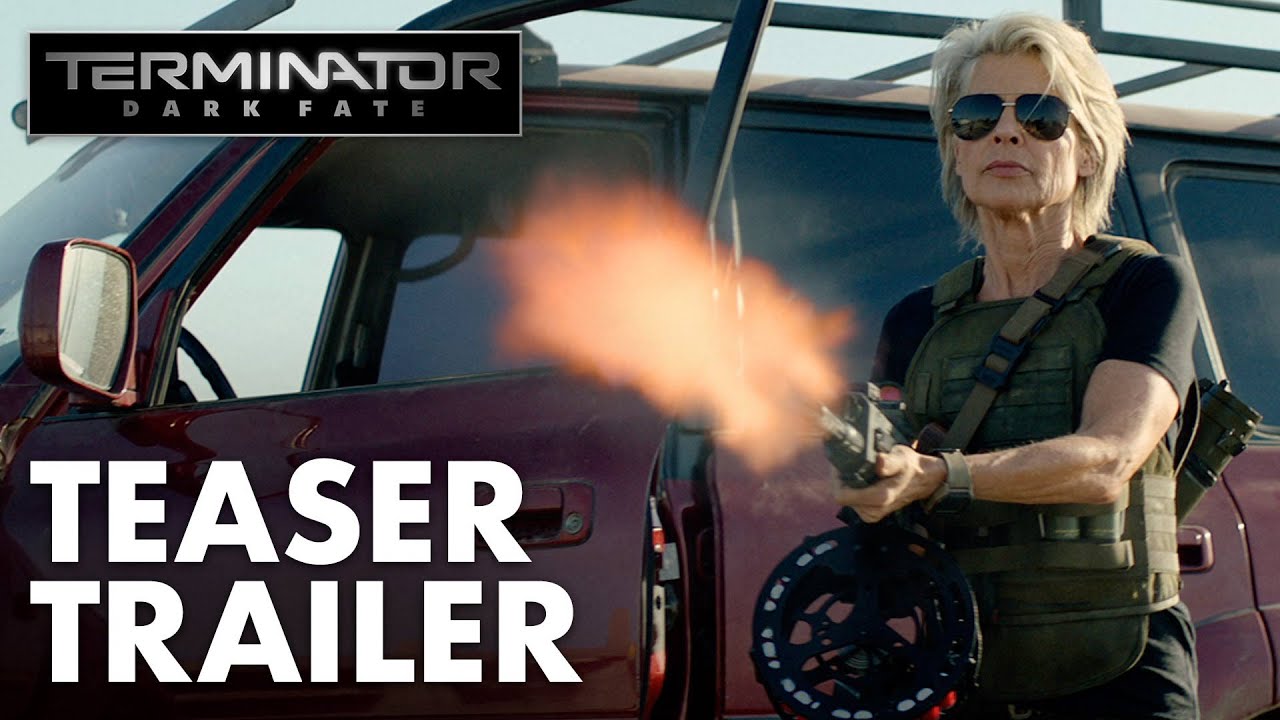 My previous response was reckless. The question concerned the song that was performed in the trailer, not that there was any recognizable musical theme for the film, as I am prone to listen.

The song, I discovered, is “Hunter”, originally written and performed by Bjork, performed by the artist Niaya. These are musical facts that I am not even remotely familiar with. However, the song seems to effectively thicken the trailer’s premonitory atmosphere, through which the tuners stalk. 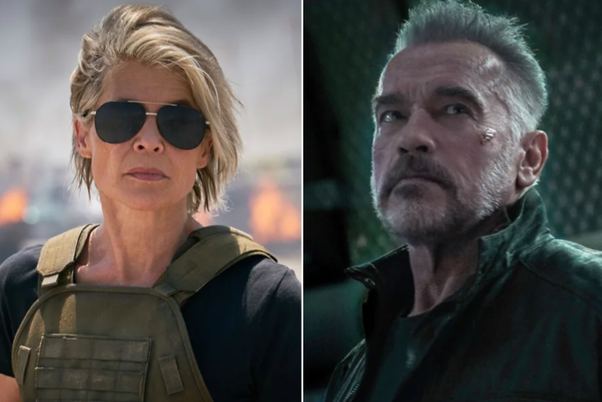 I love the first and the second movie. Three were fine, the rest was crap.

What do you think of James Cameron’s return as producer for Terminator: Dark Fate?

There is a trend that is gaining momentum in Holywood, for long-standing franchises that have been seen as having gone out of the proverbial rails as they go hand in hand with many writers and too many directors, to be returned to the care of their creative team originally.

It is often just a new sequel or a complete reboot written and / or directed by the original writer / director. As is the case with Terminator: Dark Fate, they are ignoring all the sequels of Terminator after T2: Judgment Day (as I understand it) and Dark Fate will be for all intents and purposes a new Terminator 3.

While I’m very happy to hear that James Cameron is back on board for the new movie, what really pleases me is that Linda Hamilton returns to the role of Sarah Conner.

I love Emilia Clarke, really, but her casting as Sarah Conner in Terminator Genesys, was one of the many horrible decisions in a movie dump.

Do you think the upcoming Terminator film will be good? Where can I watch the Terminator: Dark Fate 2019 movie online?

Where can I watch the Terminator: Dark Fate 2019 movie online?